You Tube & It's Social Media Impact 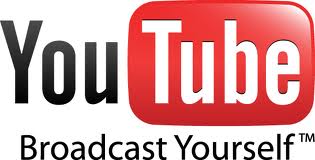 There’s at least one thing we can say about the social media space with a fairly high level of confidence: it’s here to stay. That said, looking ahead to the next ten years, it’s incredibly hard to predict how we’ll use social media — let alone which services will still be relevant — when we get to 2025? 2030?.

Already this decade we’ve seen the dramatic rise and fall of numerous social media services. This year’s Facebook could be next year’s Friendster, and even as I write this, there are signs that 2009’s media darling — Twitter — may have already peaked. (it hasn't)

But there’s one innovation that in all likelihood won’t only endure, but thrive, in the decade ahead. It’s also the innovation that has most embodied what we’ve come to define as social media since 2000, while at the same time, showing absolutely no signs of slowing down. That innovation is YouTube.

YouTube didn’t even exist for more than half the 2000's, but a perfect storm of increasing bandwidth, advances in Flash, and the rise of social networks (where YouTube content could be embedded) made 2005 the perfect time for the site to make its debut. The growth was meteoric, and within 18 months, the website became one of the most trafficked on the web and the company was sold to Google for $1.6 billion.

Many smartphones already make it exceptionally easy to view YouTube clips. As smartphones become more widely available and mobile broadband speeds increase around the world, the audience for YouTube will continue to expand — many times over in markets where mobile is more important than the desktop.

Let's take this one step further. Let's now reveal how a business owner may take the use of video, YouTube & combine this with a positive message, and how one would deliver that positive message to his company as well as potential consumers and distributors.  Gary Kirtley of Owens Products stresses being positive with your employees.

We have 105 guests and no members online

We offer several customizable website packages starting with 3 and 5 page websites respectively and custom websites with 100 pages. All of Webcentric Communications websites come with the same data base, which means we can start small and go as big as needed to get the job done.

Optional maintenance & hosting packages are available for each level of website that we build. Webcentric Communications also partners with 2 SEO companies for your convenience in case your website needs to gain traction quickly. We stand ready to answer any questions you may have and look forward to hearing from you!